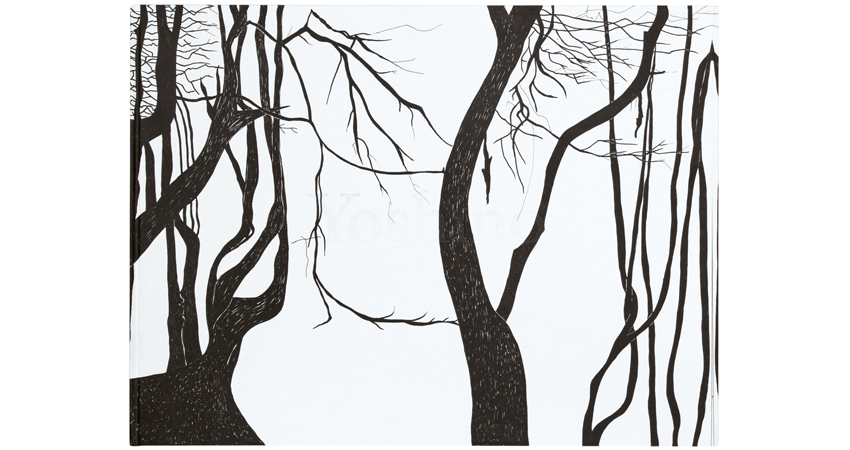 Book Review Aperture Magazine
When Cuny Janssen and Jos Vos met in 2008, and got to know each other's work, they decided to gather forces. The suggestion was raised to create a compact anthology of Yoshino-related poetry and prose, and the project soon took off. Cuny visited Yoshino twice, finding inspiration in a number of translations chosen by Jos, and also in the actual surroundings, where she stayed for an extended period. Jos wrote a travel story of his own, based on an earlier visit.

24 poems / text fragments
1 short story
All photographs in this book were made in Yoshino and surroundings, Japan, in 2009 and 2010

For at least 1400 years, the Yoshino region, in present-day Nara prefecture, has been considered one of the loveliest parts of Japan. By the end of the 7th century Japanese sovereigns built residences on the banks of the Yoshino river. At around the same time, Buddhist temples were constructed on the top of Mt. Yoshino, which had been considered an abode of the gods for hundreds of years. In the 10th century the mountain became one of the most popular places of pilgrimage for the aristocracy, who had then established themselves in the city of Kyoto, some 60 kilometres further north. In the eyes of the nobility, Yoshino was above all an inhospitable place where it always seemed to snow, but where you could also withdraw and meditate. From the 11th century onwards, the fame grew of Yoshino’s cherry blossoms, which lend exuberant colour to entire mountain sides. Prominent poets such as Saigyō (1118-1190) celebrated the blossoms in verse. Ever since then, Yoshino has remained a popular tourist attraction, especially in spring. The region has inspired countless authors, and poets in particular. The selection that follows merely skims the surface, although I have tried to include the best-known poets and prose writers who described the area.